Affair of the heart for Christmas 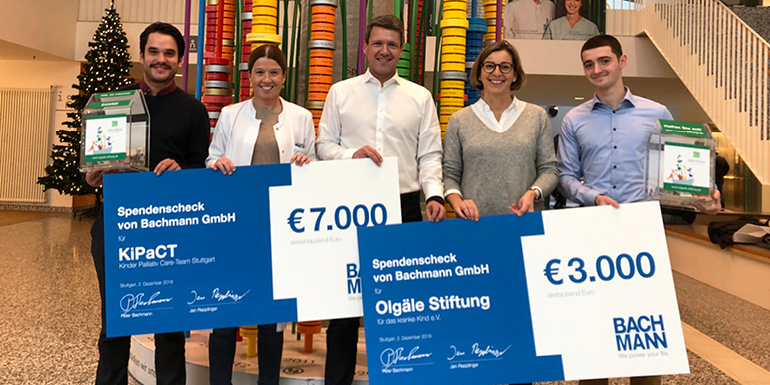 BACHMANN supports the Olgaele-Foundation and the Children's Palliative Care-Team

Stuttgart. BACHMANN rounds up: At the summer party students and trainees appealed to the BACHMANN Community to donate to the Olgäle-Stiftung für das kranke Kind e.V. in Stuttgart. Over the past few months 449.91 euros have been collected in a donation box. In addition to the box, BACHMANN supports the initiative with 3,000 euros.

But that is not all, as BACHMANN is donating yet another 7,000 euros to the children's palliative team (KiPaCT) in Stuttgart as a Christmas donation in 2019.

From one young generation to another: Students and trainees at BACHMANN have created a remarkable charity campaign for this year's summer party. Proactively, together with the Olgaele-Foundation, they set up a small donation box in which BACHMANN employees and visitors had been able to collect donations over the past few months. A total sum of 449.91 euros was collected. The campaign ended with the affair of the heart for Christmas. BACHMANN rounded off the donation with an additional 3,000 euros. "We are proud to have young people who understand the importance of social action and assume social responsibility. It is important for us not only to live our values and principles internally, we also share them with society. We want to send our POWER where it is needed the most," explains Peter Bachmann, Managing Director of the Bachmann Group.

But the affair of the heart at Christmas goes even further - it is an international initiative of the BACHMANN Group. With our claim we power your life and with a focus on the BACHMANN values of passion and respect, the subsidiaries have also made generous donations. BACHMANN S.A. Spain supports the Hospital pediátrico de Barcelona, BACHMANN S.A.R.L. France donates to Les resto du Coeur, Bachmann Romania SRL donates to Vivat Academia Association & BRD First Tech Challenge Romania and Bachmann Hong Kong Ltd. supports the Food Angel. In Germany, 7,000 euros went to the Kinderpalliativteam in Stuttgart.

On that note, BACHMANN would like to wish you a peaceful pre-Christmas period and a happy end of the year. 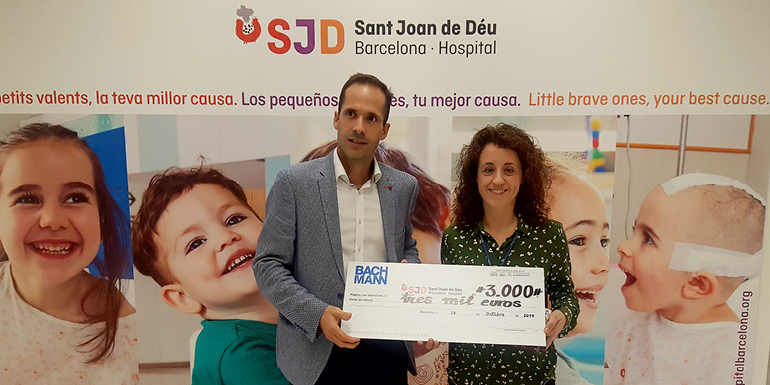